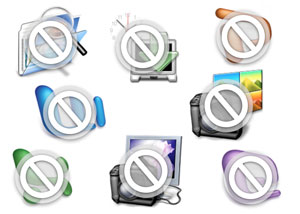 Hopefully you’ve made the switch to Lion. Although I wasn’t impressed initially, I really do like the extra features and am putting them to good use. However, you might be wondering if some of your old apps will still work. Power PC apps are no longer supported, but if you’re like me, you don’t know what apps were power PC or not.

If you’re wondering about a specific app and searched through Google, hopefully you’ll find this list helpful.

I’m just reporting apps that are unsupported by Lion as I find them. Hopefully this helps people wanting to make the jump to Lion. I keep discovering more as I start to use those apps I use less frequently. This isn’t a definitive guide, please leave a comment below if you have any additions.

There are more to be added soon. That’s just what’s on my Laptop.

Camouflage by Briksoftware doesn’t work. Or at least not until you make the upgrade. I did this through the app store. But there are a few things to keep in mind. Read:How to get camouflage working after upgrading to Lion.

I am an artist, speaker, photographer and web developer.
View all posts by steedancrowe →

This site uses Akismet to reduce spam. Learn how your comment data is processed.

Find something here useful? Why not leave a tip? I will even post a picture of me drinking the coffee you bought me so you can live vicariously though me. I might even buy an Espresso.